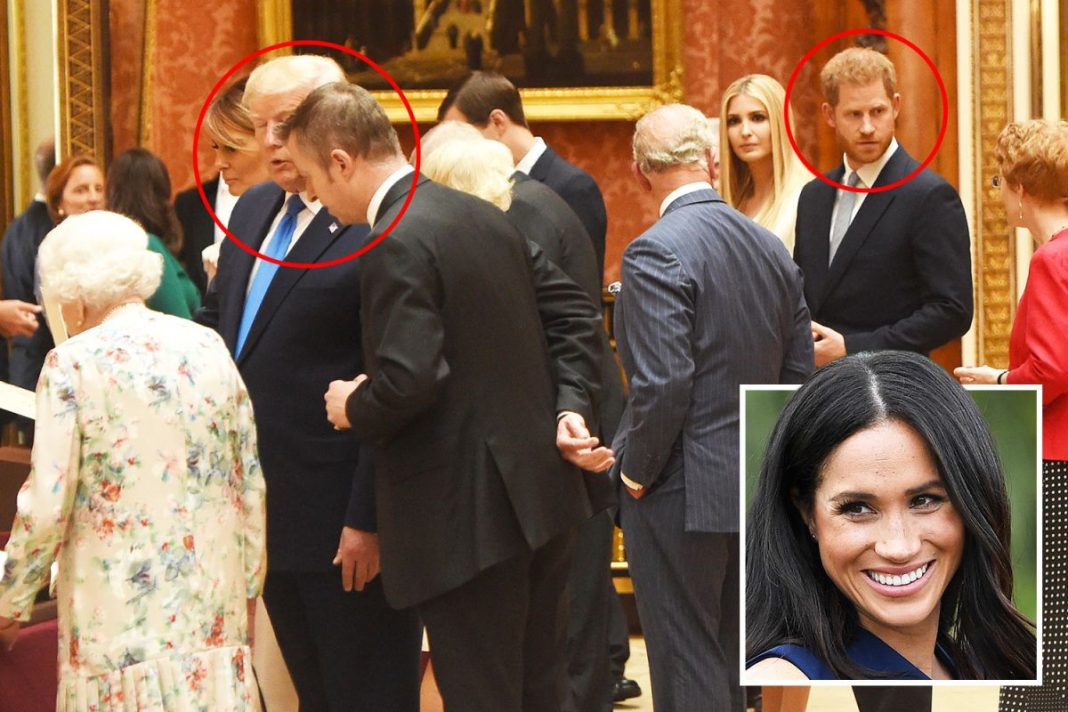 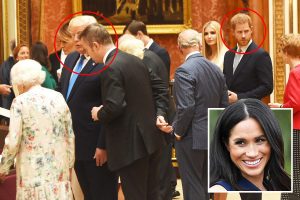 Prince Harry appeared to avoid Donald Trump yesterday — after the US leader had branded his wife Meghan “nasty.”

The Queen rolled out the red carpet for the President at Buckingham Palace at the start of his three-day state visit.

But a grumpy looking Harry, kept as far away as possible.

Meghan had backed Trump’s Democrat rival Hilary Clinton during the 2016 election, and said she would move to Canada if he won.

In an exclusive interview with the Sun before his visit, President Trump learned of the comments and said he didn’t know “she was nasty” — but that she would be a “very good” princess.

Harry attended the private lunch with Donald and First Lady, but on a tour of Her Majesty’s private art collection hung back and did not want to be photographed with any of the party.

He walked in with the President’s daughter Ivanka but left her to talk to the Lord Chamberlain while the Queen showed the Trumps around with Prince Charles close behind.