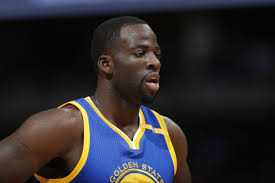 Golden State Warriors defensive lynchpin Draymond Green reckons his team’s response in Game 2 was to be expected – because they always react well when their backs are against the wall.

The Warriors levelled the NBA Finals series with the Toronto Raptors by taking a 109-104 victory at Scotiabank Arena.

Golden State are in a fifth consecutive Finals and Green believes they’re primed to respond whenever the going gets tough.