Home Z- Sports Sarri to be released from his Chelsea contract 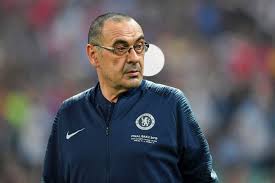 It’s understood that Maurizio Sarri expects to be released from his Chelsea contract, paving the way for him to take over as Juventus manager.

In his first season at Stamford Bridge, Sarri secured Chelsea a return to the Champions League by sealing a third-placed Premier League finish, before claiming the first major trophy of his career by lifting the Europa League.

However, Sarri endured consistent criticism from a significant portion of the club’s supporters throughout the season and, amid interest from Serie A champions Juventus, the 60-year-old held talks with Chelsea’s director on Friday.