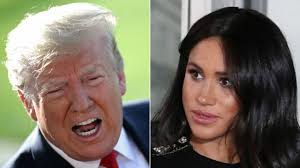 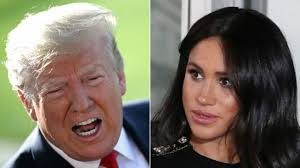 US President Donald Trump has denied calling the Duchess of Sussex, Meghan Markle, “nasty” despite the comments being recorded.

Mr. Trump made his remarks about the Duchess in a Sun newspaper interview ahead of his state visit to the UK.

The US former actress has been a vocal critic of Mr Trump.

She supported his Democratic challenger, Hillary Clinton, in the 2016 election and has referred to him as “divisive” and a “misogynist”.

Told of her comments during his interview with the Sun, President Trump said it was the first time he had heard them.

On Saturday the Sun posted an audio recording of the interview on its website.

Following Mr Trump’s denial on Twitter the day after the interview was published, several commentators pointed out that the remarks were on tape.