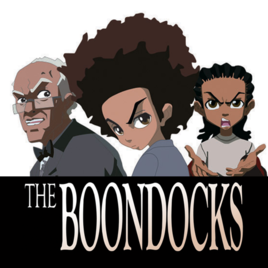 5 years since the last season was released, ‘The Boondocks’ will return with a new season, season 5.

On Wednesday, in an interview with the Joe Rogan Experience, American comedian John Witherspoon confirmed the return of the series while stating that it was the best cartoon production he was ever a part of.

We last received ‘The Boondocks’ season 4 in June 2014 and since then, there were reports that the TV show was cancelled. Coincidentally, Jon Witherspoon was the person who announced the cancellation of the show during an interview with American journalist Sway Calloway in August 2014.

John Witherspoon plays the character of Robert Jebediah Freeman on The Boondocks. Ziptocrats, if you don’t remember the plot of the TV series, here’s a brief reminder.

Robert aka ‘Granddad’ is the legal guardian of his grandsons, Huey and Riley. After moving the family from Chicago’s South Side to the safety of suburban Woodcrest, aka The Boondocks, Granddad hoped to ignore the grandkids and enjoy his golden years in peace. But the kids have different plans, torturing each other and provoking others in the neighborhood. No matter how wild they got, Huey and Riley were no match for the eccentric elderly man.

The TV series was created by American writer, Aaron McGruder.