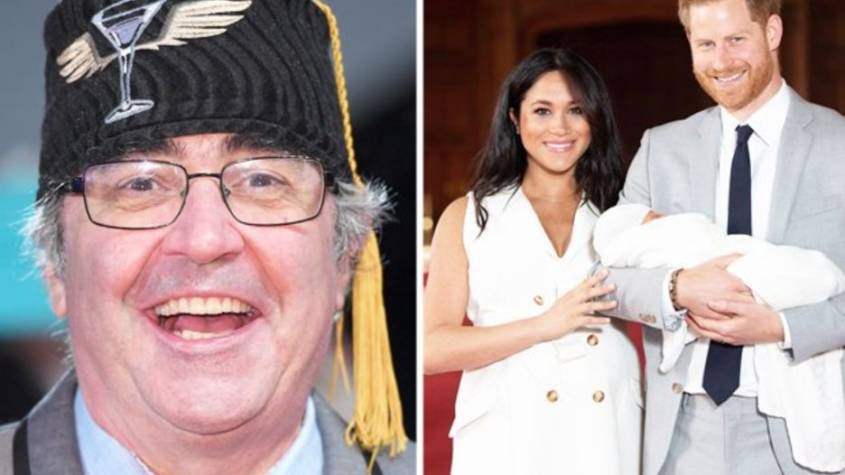 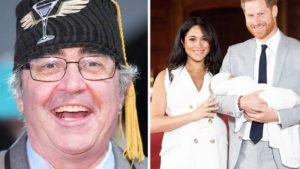 The BBC has sacked Danny Baker saying he showed a “serious error of judgement” over his tweet about the Duke and Duchess of Sussex’s baby.

The tweet, which he later deleted but which has been circulated on social media, showed an image of a couple holding hands with a chimpanzee dressed in clothes with the caption: “Royal Baby leaves hospital”.

The BBC Live presenter was accused of mocking the duchess’s racial heritage.

Baker claimed it was a “stupid gag”.

The 61-year-old presented a weekend show on the network.

The corporation said Baker’s tweet “goes against the values we as a station aim to embody”.

It added: “Danny’s a brilliant broadcaster but will no longer be presenting a weekly show with us.”

After tweeting an apology, in which he called the tweet a “stupid unthinking gag pic”, Baker said the BBC’s decision “was a masterclass of pompous faux-gravity”.

Speaking to the media outside his house, he told reporters: “I do not, not understand all of this, I get it. But for 5 Live to chuck us under the bus like this, dear lord.”

When quizzed on what he would do next, he added: “I’m annoyingly ebullient and if you’re accused of the kind of grotesque racism but you’re not, you don’t wring your hands. Ill advised, ill thought out and stupid, but racist? No, I’m aware how delicate that imagery is.”

After the initial backlash on social media on Wednesday, Baker said: “Sorry my gag pic of the little fella in the posh outfit has whipped some up. Never occurred to me because, well, mind not diseased.