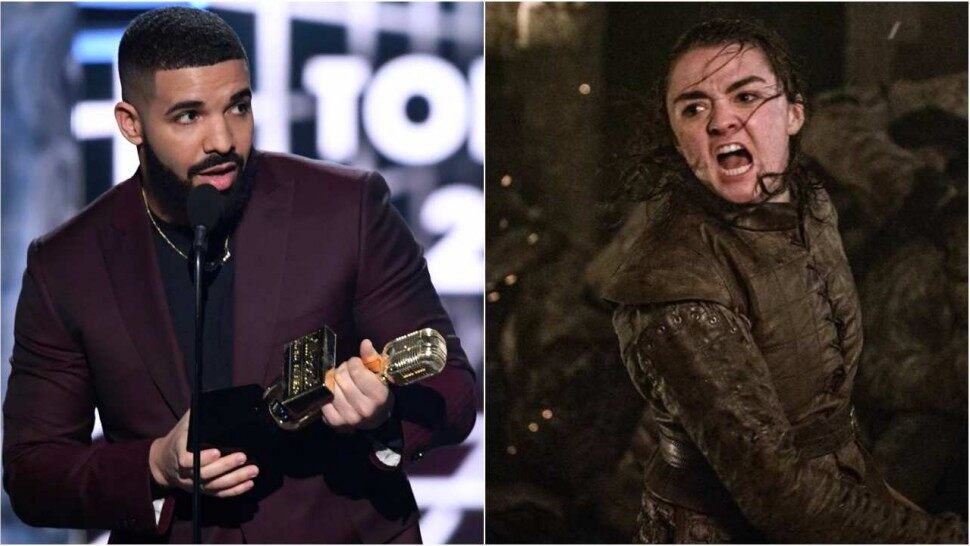 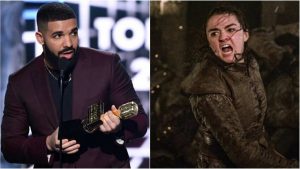 The 32 year old rapper, won Top Artist and Top Rap Artist, among other gongs, at the ceremony, which took place at the MGM Garden Arena in Las Vegas, taking his all-time total to 27. 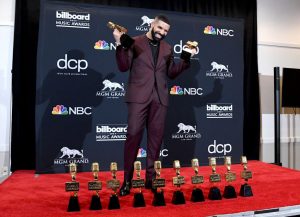 And Drake hilariously gave props to our GoT queen, Arya Stark (Maisie Williams), while accepting his award for Top Billboard 200 Album for Scorpion.

“Thank you, this is amazing. I guess I gotta thank everybody who contributed to this project. It was a really lengthy album, so it’s a lot of people to mention, but thank you to everybody who gave me their time, their energy, stayed away from their family and friends while we were trying to complete this,” he said. “I always had a dream of doing a double album, and I finally did it, so now I’ll never do it again.”

“And, yeah, thank you to the Billboards, and I need a glass of champagne,” Drake continued. “And, hey, shout out to Arya Stark for putting in that work last week!”

While Arya’s epic takedown of the Night King on Sunday’s episode of Game of Thrones had everyone talking, this isn’t the first time Drake has expressed his love for the HBO series. His 2015 song, “You & the 6” calls out the show by name.

Meanwhile, Drake beat off competition from Card B – who led the nominees with 21 nods – in the Top Artist category as well as Ariana Grande, Post Malone and Travis Scott.

Cardi also landed a big haul on the night, taking home six accolades including Top Rap Female Artist and Top Collaboration for her ‘Girls Like You’ hit with Maroon 5.

But she lost out to Ariana in the Top Female Artist category, which Halsey, Ella Mai and Taylor Swift were also nominated for.

Maroon 5 scored four award wins at the ceremony – which was hosted by Kelly Clarkson – while Ella, Ozuna, Luke Combs and Lauren Daigle each won a hat-trick of prizes.

Taylor Swift returned to the spectacle to perform her new single ‘ME!’, which was her first performance at the event since 2013, and Madonna, Paula Abdul, and Jonas Brothers were among the other performers.