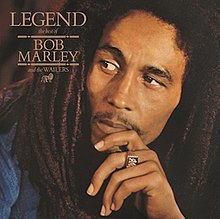 Come June 14, The Marley Family along with Island Records will re-issue Bob Marley & The Wailers’ “Legend” album, with a double 180-gram vinyl.

This in observance of the collection’s 35th anniversary .

Initially released on May 8, 1984, “Legend” holds the distinction of being the world’s best-selling reggae album of all time with over 15 million copies sold in the United States alone, and over 28 million worldwide.

A greatest hits compilation for the ages, Legend is the soundtrack to the remarkable life and recording career of one of reggae music’s most important and influential figures.

This iconic collection not only serves as the perfect introduction to the music of Bob Marley, it has also become an essential element of every reggae fan’s permanent collection.

Among the album’s instantly recognizable tracks are “Get Up Stand Up,” “One Love / People Get Ready,” “I Shot The Sheriff,” “Three Little Birds,” “Jammin,” and “Exodus.”

Other Legend anthems like “No Woman No Cry” and “Is This Love” feature backing vocals from The I Threes, an all-female trio comprised of Marley’s wife Rita Marley, Judy Mowatt, and Marcia Griffiths.

Meanwhile, Rita Marley’s own career retrospective, dubbed “Lioness of Reggae”, is being released on limited-edition vinyl by Tuff Gong International in the Caribbean on May 3.