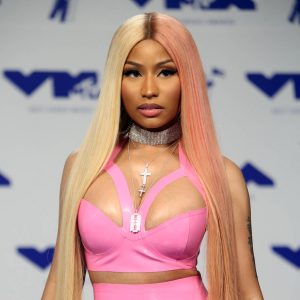 Nicki Minaj has parted ways with her longtime management.

A source close to the situation confirms to Variety Magazine that the rapper has split with Gee Roberson and Cortez Bryant and Blueprint/Maverick Management, who she had worked with for the majority of her career.

The decision was reportedly mutual and amicable, and no specific reason was given for the split.

Minaj is currently a free agent and does not have a manager.

Variety reports that the split occurred before Minaj’s guest appearance during Ariana Grande’s Coachella set on Sunday night, which was plagued with technical difficulties.

In August 2018, Minaj released her latest album Queen, which debuted at No. 2 on the Billboard 200. She had announced plans for a co-headlining tour with Future, which was postponed. No new dates have been announced for North America. Meanwhile, several dates on her European tour with Juice WRLD were also postponed following production issues.

Despite the shift in management, Minaj continues her prolific musical output. She appears on Chris Brown’s new single “Wobble Up” and has collaborated with Kanye West on a new song for his upcoming album Yandhi.