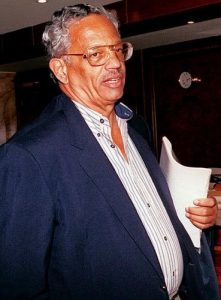 Former West Indies cricket board president Pat Rousseau has died. The prominent attorney at Law passed away last night after a long battle with an illness.

Rousseau led the regional cricket board between 1996 and 2001 after succeeding peter short.

Under Rousseau’s leadership cricket West Indies became financially stronger in his time through sponsorship and broadcasting deals seven against the background of the team’s failures.

He was also instrumental in West Indies playing hosts to the ICC Cricket World Cup in 2007.