Home Zip Code Koffee Remains in the Top 3 on the Reggae Billboard Charts For... 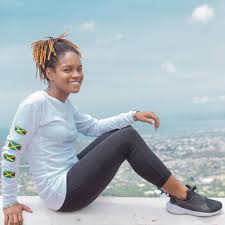 Koffee’s ‘Rapture’ EP has managed to remain in the top 3 spots on the charts ever since its debut late March. Rapture entered the chart at number 1, however, there were concerns last week that the Reggae album would have lost its top spot on the charts as it fell down to number 3 in its second week. Thanks to a boost in sales, Rapture returned to the number 1 spot last week. On the other hand, Billboard Reggae charts newcomers Analea Brown and Sowflo did not make it to week 3.

The Green’s Black and White and Shaggy & Sting with 44/876 are now number 2 and 3 respectively.

Rapture was released on March 14 and consists of five songs- Rapture, Raggamuffin, Blazing, Throne and Toast.