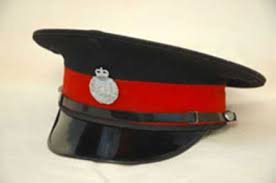 A District Constable was found dead early this morning.

Reports are that the officer was found slumped over the steering wheel of his Toyota Probox motor car that was parked on Windward Road about 1:05 a.m. He was reportedly shot in the head.

The Police High Command has since offered condolences to the family, friends and colleagues of slain Constable.

In a statement, the High Command said “A number of services, including the Chaplaincy Branch and the Community Safety and Security Branch have been activated to assist the family during this time.”
The Elletson Road Police are investigating.