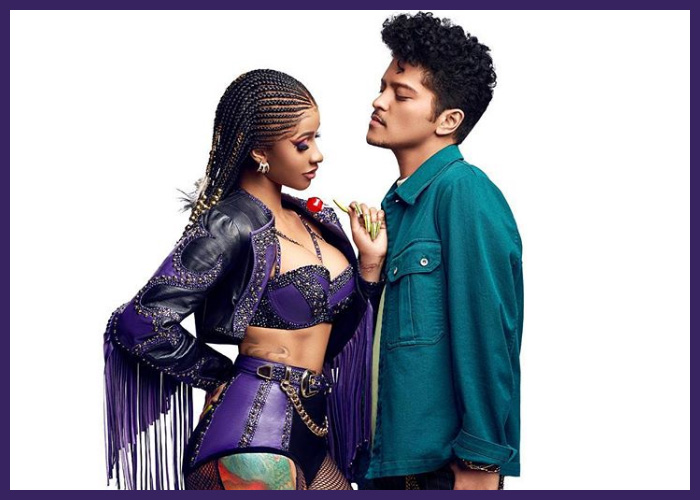 “Please Me,” a collaboration between superstars Cardi B and Bruno Mars, has jumped to No. 1 on Billboard’s Rhythmic Songs airplay chart dated April 13.

The track surged up from No. 4 on the chart amid a 15% surge in plays in the week ending April 7, according to Nielsen Music.

Billboard noted “Please Me” also edged up from No. 2 to No. 1 on the Rap Airplay chart dated April 13, reflecting a 19% spike in audience in the week ending April 7.

“Please Me” also rose to No. 1 on the Mainstream R&B/Hip-Hop chart and remained atop the R&B/Hip-Hop Airplay chart.