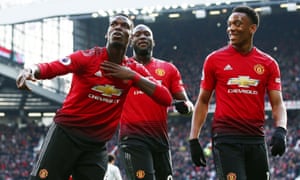 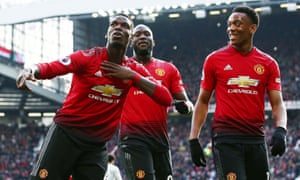 Paul Pogba scored two penalties for Manchester United as they beat West Ham 2-1 in the Premier League, going above Arsenal into fifth.

The first half was defined by contentious refereeing decisions, with Felipe Anderson’s 10th-minute goal incorrectly ruled out for offside before Manchester United were awarded a questionable penalty not long after, which Pogba converted.

Anderson deservedly got West Ham back on level terms four minutes after the break, before Ryan Fredericks brought down Anthony Martial in the 79th minute for United’s second penalty of the game, which Pogba also powered home.

The win sees Ole Gunnar Solskjaer’s side go above Arsenal into fifth spot, with the Gunners playing Watford on Monday Night Football, while West Ham have lost their third successive Premier League game and remain in 11th.