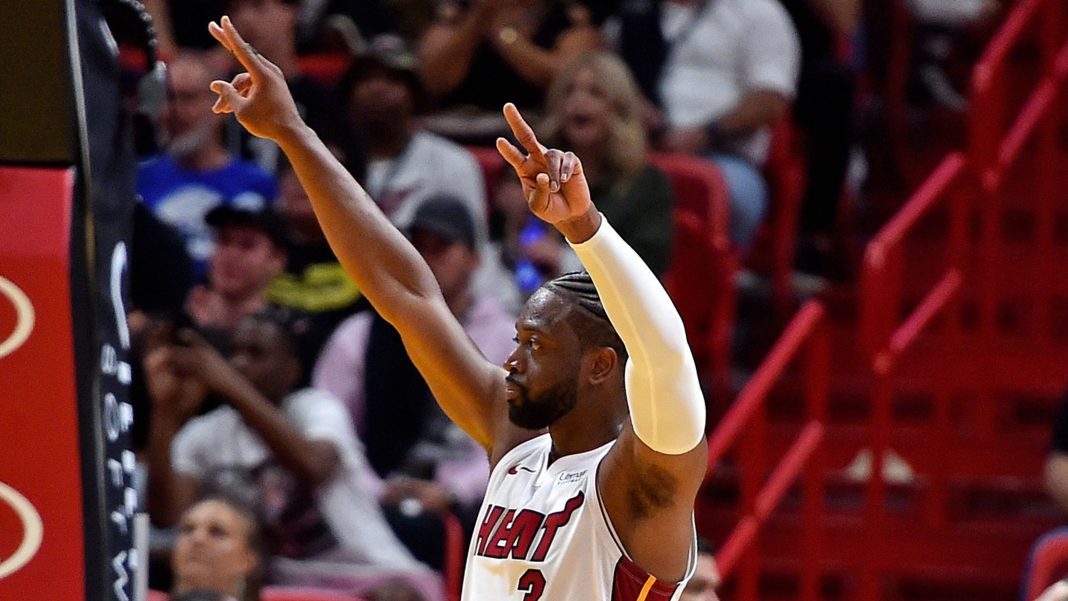 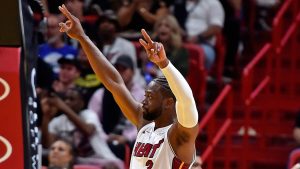 Dwyane Wade suited up for his final regular season game, one last dance, at American Airlines Arena as the Miami Heat hosted on the Philadelphia 76ers on Tuesday.

The Heat’s all-time leader in games, points, assists and so many more categories was honored before the game, causing the game to start more than 20 minutes after its originally scheduled time.

The presentation included a tribute video, fans reminiscing over their favorite moments of his career, Wade speaking to the crowd and an emotional video showing some of the lives Wade impacted outside of basketball.

The tribute video right encapsulated some of the greatest moments of the future Hall of Famer’s career.

It documented his career as a three act story. Shaquille O’Neal, Lebrujjon James and Gabrielle Union were all featured in the video. It ended with Pat Riley saying, “This is, and will forever be, Wade County.” 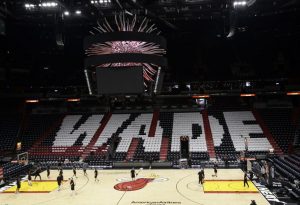 Wade then went on to talk for about two minutes to the crowd, with MVP chants erupting before and after he spoke. The celebration ended with the starting lineup introductions, as the 16-year veteran is getting his first start in a Heat uniform since 2016.

He got a bit emotional talking to the crowd and also had a personal moment with his son. His son Zaire introduced him in a video that recreated D-Wade’s Converse commercial and the two embraced each other with their signature handshake and a hug.

Wade kicked off the game with a dunk on the game’s very first possession.

During game breaks, Wade received messages from a variety of different people, including Barack Obama and then his sons Zion and Zaire.

The Heat entered Tuesday in 10th place in the Eastern Conference standings with two games to go and two games out of the eighth and final playoff spot.

Miami needs to win against Philadelphia and Brooklyn and get a lot of help around the league to even come close to sniffing the playoffs. Wade has made the postseason 13 times in his 16-year career.