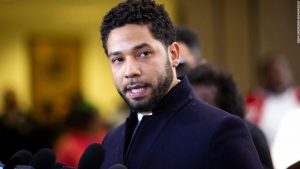 Jussie Smollett has refused to pay more than US $130,000 to reimburse Chicago investigative costs and the city said Thursday it will sue the “Empire” actor for the money as reimbursement for investigating what officials say was phony racist, anti-gay attack that Smollett staged.

The City Law Department said in a Thursday statement that Smollett had refused to pay, adding that it was already drafting a lawsuit in response and would file it “in the near future.”.

Smollett, maintains he told the truth in reporting to police that two masked men assaulted him in downtown Chicago on Jan. 29, shouting slurs and wrapping a rope around his neck.

There will be no criminal trial on that question after Cook County prosecutors last week dropped all 16 felony counts against Smollett, saying they still believed they could prove the charges but that it wasn’t worth the time and expense.

But the city intends to file its suit in civil court, where a trial with jurors could decide whether Smollett orchestrated the attack.