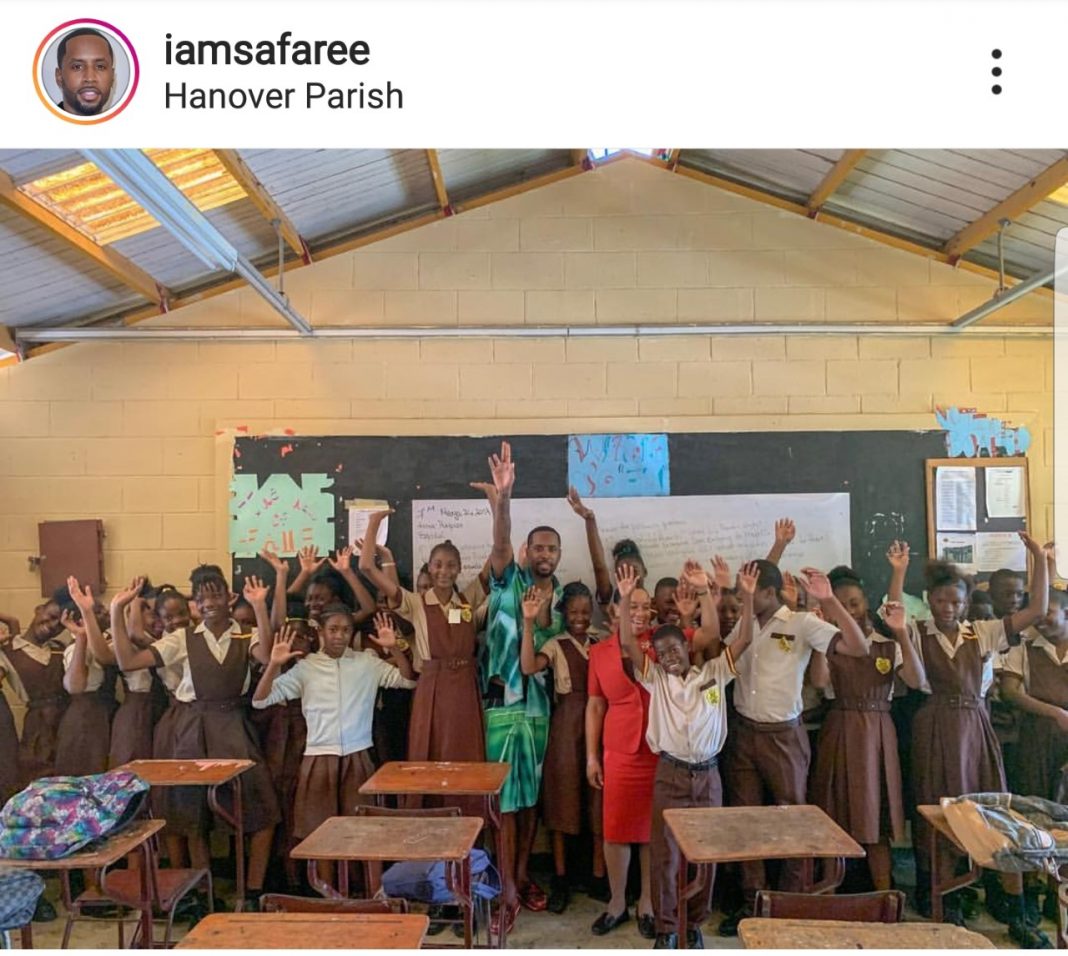 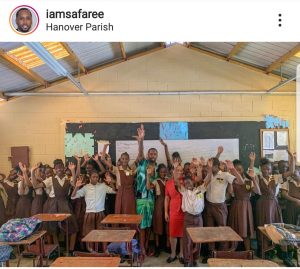 Since arriving in the island for the March 16th staging of Buju Banton’s Long Walk to Freedom Jamaican-American Rapper Safaree has been documenting his trip to his homeland, Jamaica and sharing it for the world to see via his social media.

The rapper who’s currently staying at a posh villa in Montego Bay, today shared that he visited the Merlene Ottey High school in Hanover yesterday where he had the pleasure of meeting the Principal, teachers and students of the institution.

He also revealed that he will begin a new initiative which will see him donating computers and music equipment to the school!

He noted that: “Jamaica is where my heart is and my wife has the rest”.

Safaree is engaged to reality tv star Erica Mena who also accompanied him on the trip.

In a previous post, he also said that he ”Can’t wait to live here. ..& ” that he has a special announcement to make on March 29th!! He also shared some positive vibes from the poolside, encouraging his fans to go after there dreams..