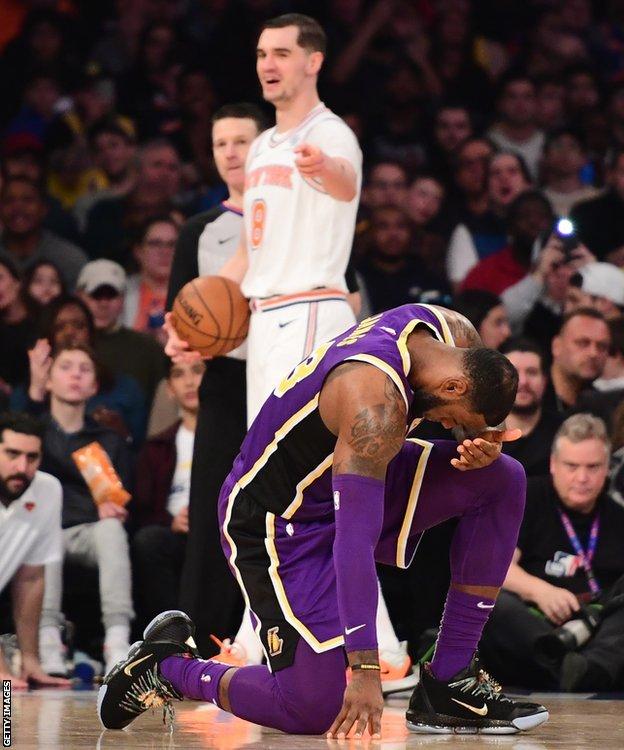 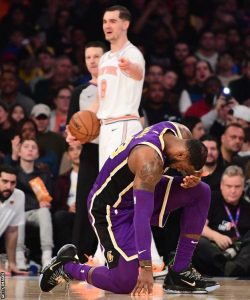 LeBron James will not be in the NBA play-offs for the first time since 2005.

The Los Angeles Lakers were mathematically eliminated from the play-off race following a 111-106 defeat by the Brooklyn Nets on Friday night.

James was not expected to immediately deliver a title after moving to the tougher Western Conference last year, but few predicted the Lakers struggling so badly they missed the play-offs for a sixth year in a row.

Lebron missed 17 games – the longest absence of his career – during which the Lakers won only six times and slipped out of the play-off spots, never returning.