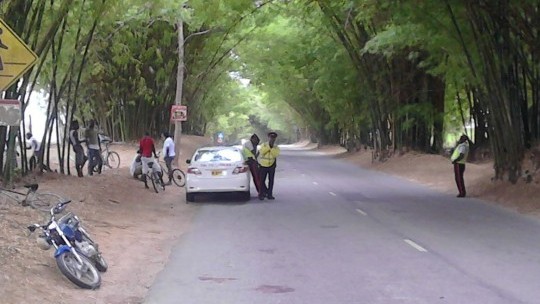 In the first incident, two persons, a man and a woman were killed when the vehicle in which they were travelling collided into another vehicle at about 1:45 last night.

The Police are yet to release the identities of those killed…And reports are that another motor vehicle accident occurred this morning, claiming a third victim.

Reports are that a bus was involved in a crash killing one of its passengers.

The details of that accident are yet to be released.