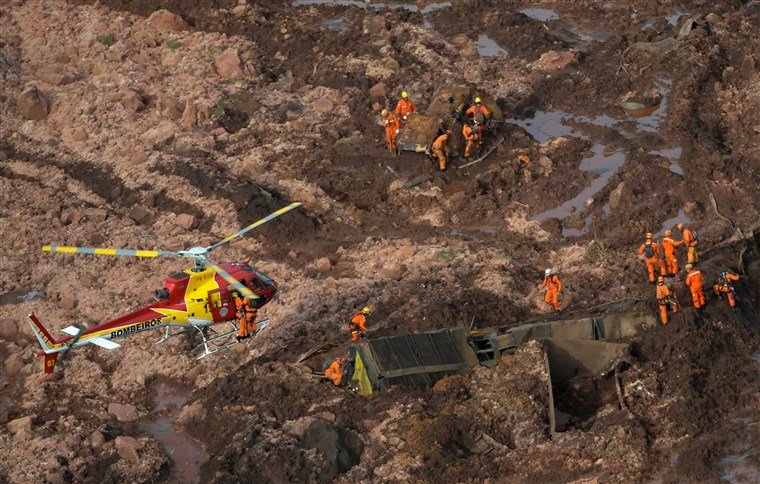 About 300 people are missing after a dam collapsed at an iron ore mine in south-eastern Brazil.

Officials say the break caused a sea of muddy sludge that buried the dam’s cafeteria where workers were eating lunch on Friday.

Brazil’s State governor said there was little chance of finding people alive. So far nine people have been confirmed dead.