The legal team of Dancehall artist Tommy Lee Sparta, is moving forward with proceedings to sue the government of Jamaica.

Tommy Lee was freed of lottery-scamming charges in the home circuit court on December 20.

Since then, his legal team headed by Ernest Smith has moved to file action against the attorney general’s department for loss of income as a result of him being arrested and charged.

During the time the case was before the courts, Smith explained that the police would be notified of the entertainer’s bookings, then they cancelled his scheduled appearances. That, coupled with a stop order, prevented the deejay from leaving the island to perform on shows overseas.

He also said Tommy Lee Sparta had to refund deposits to promoters after his appearances were cancelled.

In February 2014, Tommy Lee Sparta and three persons were charged with suspected breaches of the law reform (fraudulent transaction) (special provisions) act 2013, after police raided a house in the Kingston 5 area reportedly occupied by the entertainer. The police discovered lottery-scamming paraphernalia and seized a laptop belonging to the deejay after it was reportedly found with personal information of several united states residents. 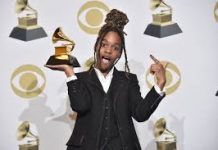