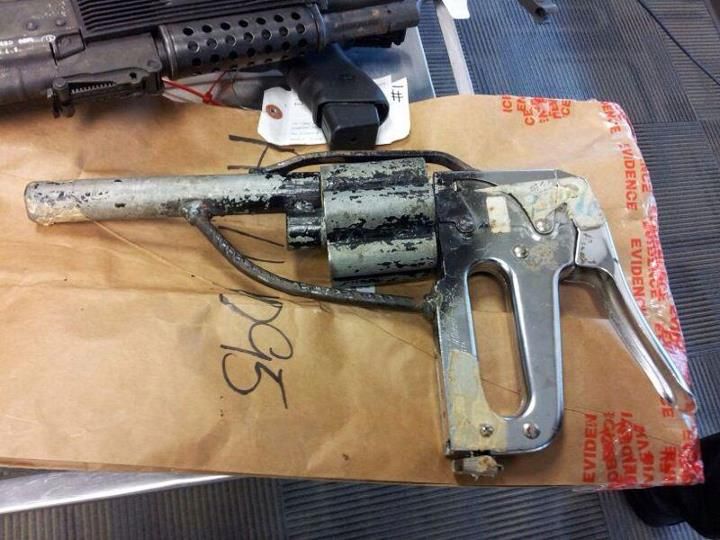 Residents in Chapel Spring, St Mary yesterday thwarted a robbery and handed over a homemade firearm to the police after the thief escaped their grasp.

It is said that the would-be robber pounced on a salesman at his home about 7:45 pm.

However, an alarm was raised and residents ran to the assistance of the salesman, who had just arrived home and parked his vehicle at the back of the house.

The constabulary’s Corporate Communications Unit (CCU) further reported that the residents accosted the culprit but he managed to escape.