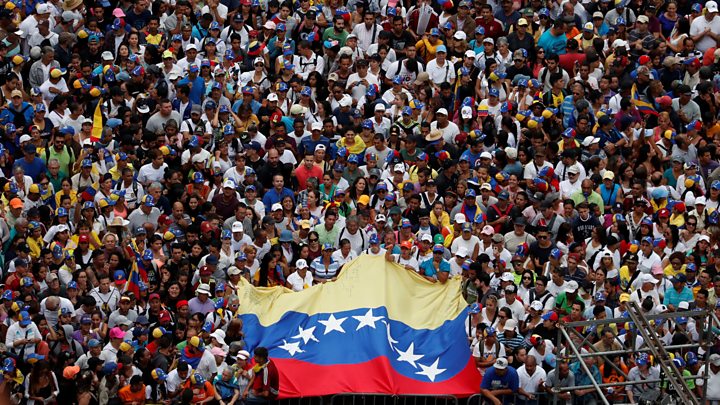 Russia has condemned foreign powers for backing a Venezuelan opposition leader who declared himself interim president, calling it a bid to “usurp power”.

Moscow said that the move violated international law and was a “direct path to bloodshed”.

Juan Guaidó declared himself interim leader on Wednesday and was recognized by the US and several other nations.

President Nicolás Maduro, who also won support from some countries, has broken off diplomatic relations with the US.

Mr Maduro took office in 2013 after the death of Hugo Chávez and was sworn in for a second term this month after elections last May that were marred by an opposition boycott and widespread claims of vote-rigging.