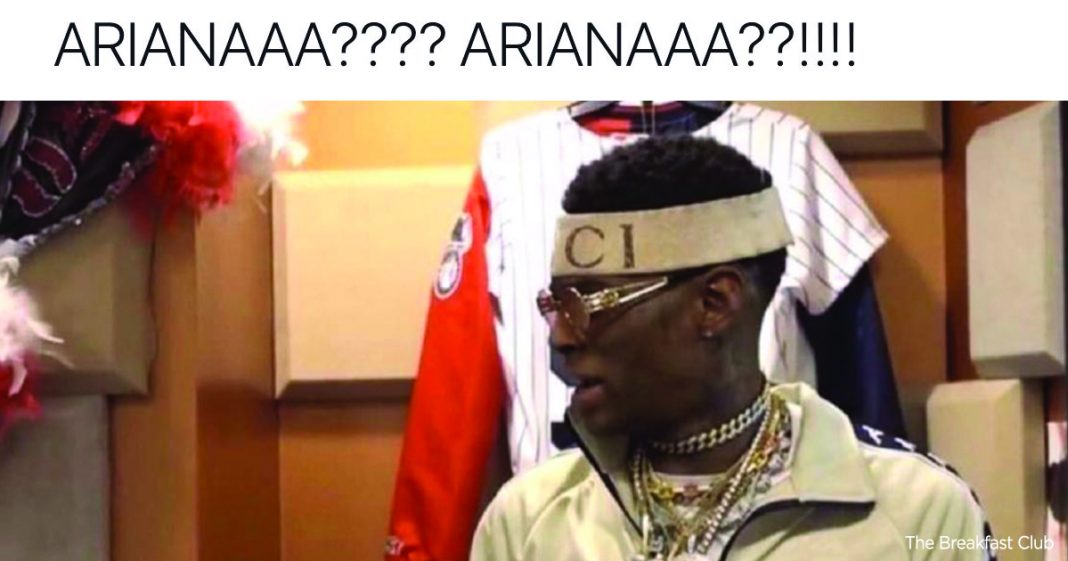 Soulja Boy might not have been wrong when he proclaimed that he has influenced a lot of artists including Drake.

After Ariana Grande dropped “7 Rings” video Friday night, some fans believe the Atlanta rapper’s bold claim is not too far-fetched.

Fans have chimed in on Twitter suggesting that one part of the singer’s new single mirrors the delivery on Soulja’s 2010 hit “Pretty Boy Swag.”

“I wouldn’t call it a rip off,” tweeted one fan. “The same beat/flow/style has been done many times. It’s not new or original. Ad honestly, both Ariana and Nokia’s song sound like Soulja Boy’s “Pretty Boy Swag” and 2 Chainz’s “Spend It.”

Another person wrote, “Damn Soulja Boy really is the GOAT even Ariana Grande is taking his flows. Can’t tell me it’s not ‘Pretty Boy Swag.'”

Grande’s song samples “My Favorite Things” from the 1959 Rodgers and Hammerstein musical The Sound of Music and the hook for the track appears to interpolate 2 Chainz’s 2011 banger “Spend It.”

But Princess Nokia has come out and accused Grande of copying her song “Mine” from her 2016 mixtape 1992. But fans have pointed out that Soulja’s track predates both 2 Chainz and Nokia’s tunes.