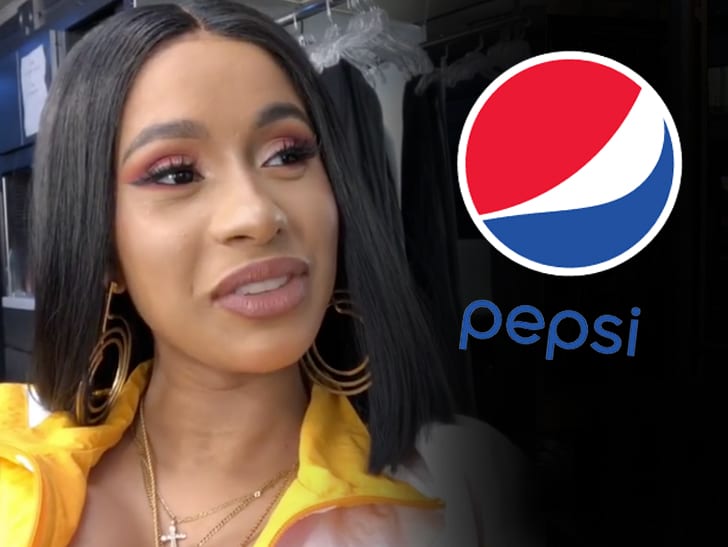 Cardi B will star in Pepsi’s Super Bowl commercial.

The ‘Bodak Yellow’ hitmaker will be the soft drinks giant’s spokesperson for the next 12 months and according to TMZ, has already filmed an advert that will air in the TV breaks during the NFL flagship game next month.

The Pepsi ad is considered the premiere commercial during the sporting event and is viewed by an audience of hundreds of millions.

Last year, Cindy Crawford featured in the clip, while the likes of Spice Girls, One Direction, Beyonce, Britney Spears and the late Michael Jackson have previously featured in the company’s advertising.

It was previously claimed Cardi had been in talks to join Maroon 5 during their half-time set during the game.

However, the 26-year-old star was said to have been in dispute over whether or not she secured a solo spot as well as performing their collaboration ‘Girls Like You’.

The ‘Moves Like Jagger’ hitmakers will now be joined by Big Boi and Travis Scott for their set at the Mercedes-Benz Stadium in Atlanta, Georgia on February 3.