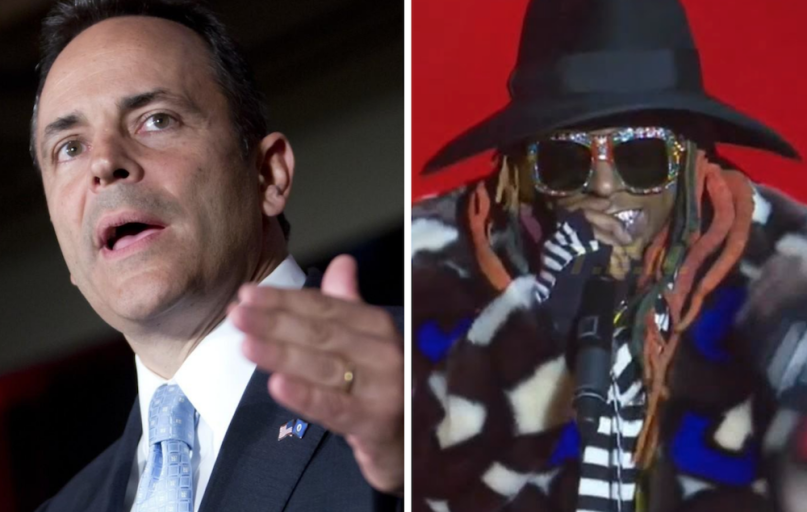 On Monday, the fans of American rapper, Lil Wayne came to his defense after seeing a disrespectful tweet about the rapper coming from the governor of Kentucky, Matt Bevin.

So, during the halftime of the college football national championship game on Monday, rock group Imagine Dragons performed and invited Weezy to join them on stage. The rapper performed his track “Uproar” before joining them for a verse on their new collaboration “Believer.” Bevin, obviously not a fan of his performance, posted on twitter to share his opinion.

“Way to ruin an entertaining @imaginedragons half-time concert with the weird rantings of a tired, has-been like @liltunechi,” He tweeted. “One act still rising… the other, not so much.”

Lil Wayne fans did not hesitate to defend the rapper with their tweets toward the governor. One of which were,

“I am not joking when I say that I’d proudly vote Lil Wayne for governor before I vote for Matt Bevin.”

Lil Wayne has still not yet responded to the governor.