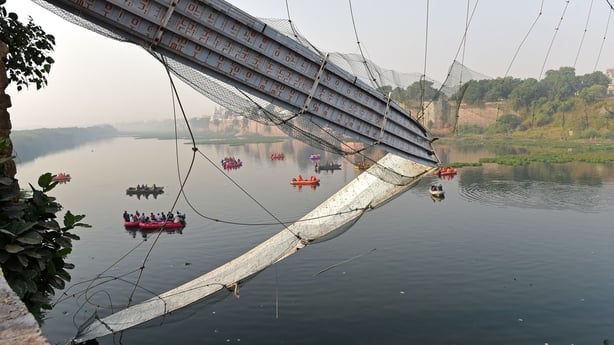 Police in western India arrested nine people on Monday as they investigated the collapse of a newly repaired 143-year-old suspension bridge in one of the country’s worst accidents in years, officials said.

The collapse Sunday evening in Gujarat cialis online usa state plunged hundreds of people into a river, killing at least 134.

As families mourned the dead, attention turned to why the pedestrian bridge, built during British colonialism in the late 1800s and touted by the state’s tourism website as an “artistic and technological marvel,” collapsed and who might be responsible.