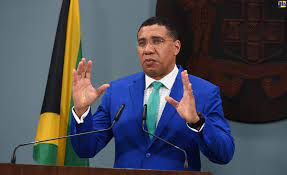 Prime Minister Andrew Holness, says a preliminary estimate of the damage caused islandwide by torrential rains during the passage of tropical storm Grace on August 17, puts the cost at approximately $171 million.

This, Mr. Holness said, was based on assessments conducted by the National Works Agency (NWA).

He was speaking during a digital press conference at the Office of the Prime Minister (OPM) media centre on Thursday (August 19).

While noting that no life was lost, he said several communities and 198 roads were impacted by flooding, resulting from deposits of silt and debris which blocked drains.