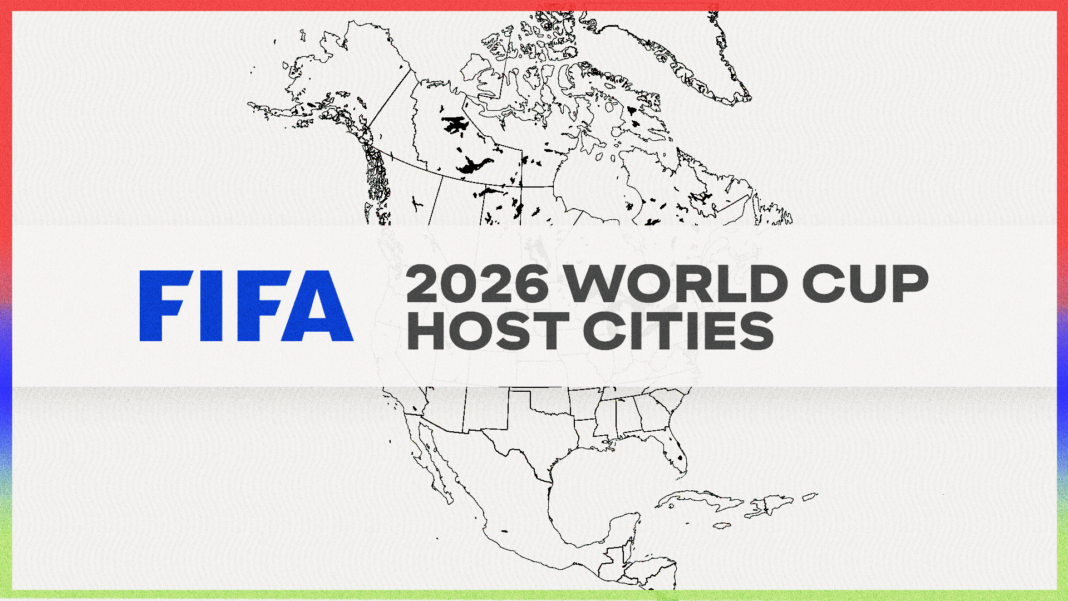 Share on Facebook
Tweet on Twitter
Mexico City’s iconic Azteca Stadium and the Los Angeles Rams’ multi-billion dollar SoFi Stadium are among 16 venues to host games at the 2026 World Cup.
The first 48-team World Cup will be held in 16 venues across 11 US cities, along with three venues in Mexico and two in Canada.
It marks the first time three countries have hosted the tournament.
The Azteca Stadium will also be the first venue to feature in three separate World Cups.
Los Angeles’ Pasadena Rose Bowl, which hosted the 1994 World Cup final, has not been included.
All 11 stadiums in the US are home to NFL teams and include the New York Giants’ MetLife Stadium and $5bn SoFi Stadium that hosted this year’s Super Bowl.